Born and bred Communist, confirmed radical activist until murder gave him pause, there’s no one better than David Horowitz to recognize that we are heading toward the abyss. Drawing on his numerous books such as “Destructive Generation,” “Radical Son,” and “Take No Prisoners: The Battle Plan for Defeating the Left,” the creator of the David Horowitz Freedom Center and FrontPageMag.com explains how progressivism, né socialism, threatens our country and how we might avoid catastrophe at the next Zoom meeting of the Gertrude and Morrison Parker West Side Republican Club. 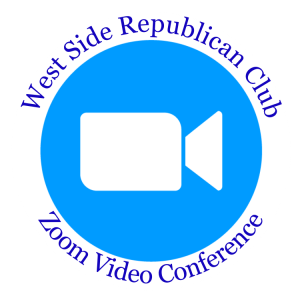 David Horowitz is the founder and president of the David Horowitz Freedom Center, and editor of its digital magazine, FrontPage. Horowitz also founded the organization Students for Academic Freedom. Horowitz has written several books, including four on prominent 20th-century American families.
Click to buy David Horowitz's books, or browse all of our books in the club's Book Store